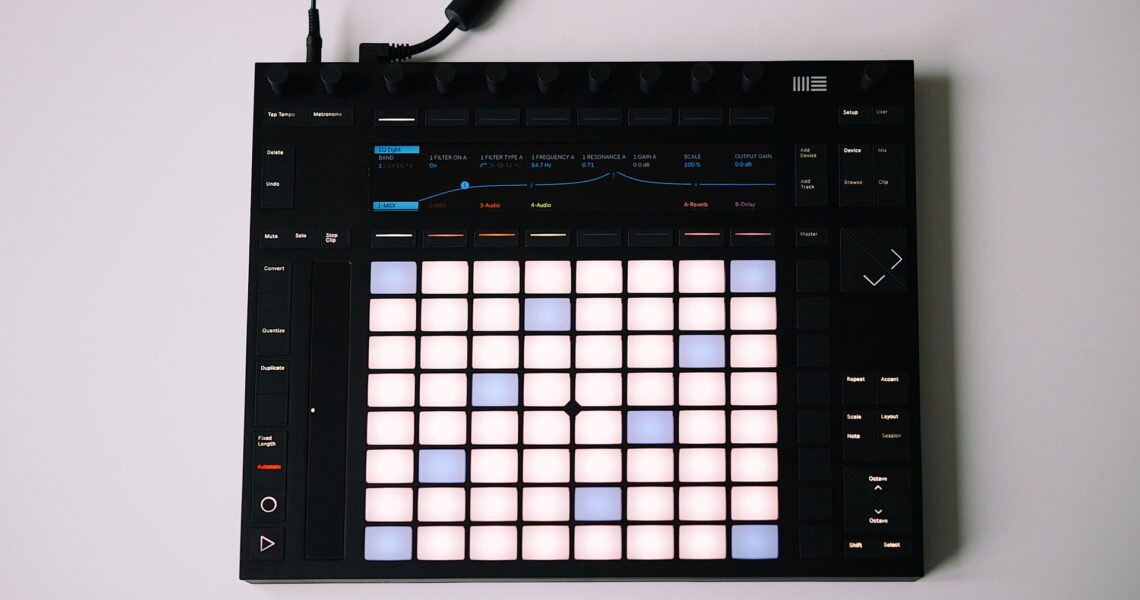 If you’re just starting with music creation you’re probably wondering what MIDI is. MIDI stands for Musical Instrument Digital Interface. The story goes back to the early 80s when the manufacturers of digital musical gear decided to create a unified language that would enable different digital music equipment to communicate with one another. Simply put, Instruments like synthesizers, various controllers, and computers use this MIDI interface or MIDI language to talk to each other.

Is midi an audio signal?

MIDI is not an audio signal and it does not transmit like that. MIDI language is based on transmitting information about the tonation, velocity, volume panning and other parameters so it can be used as a trigger to another device  that understands this communication and information encoded. The MIDI language as a unified language enables various music equipment to work in sync with each other.

Well… Yes. In order to make music electronically, you’re definitely going to need to use a controller or some kind of triggering device that will basically allow you to record your performance and transmit the information that you’re playing to your Virtual Studio Technology (VST) instruments or external gear or whatever you’re using to make your music alive.

People mostly use controllers to “record” the midi, controllers are the easiest way to get started with MIDIs to understand its ins and outs. Most of the new MIDI interfaces have USB so all you have to do is plug it in directly to the USB in your computer and you’re all set

Have fun with it!

Nowadays the DAWs you use will come with an assortment of a wide range of different sound patches and instruments to choose from, some are free and some are obviously paid. For example one of the popular DAWs on mac – Logic Pro comes with an in-app library that provides multiple instruments to make your MIDI recordings sound pretty close to real-life instruments as long as your MIDI tracks are configured accordingly. From there on it’s all about your imagination to create awesome tracks with it.

We use cookies on our website to give you the most relevant experience by remembering your preferences and repeat visits. By clicking “Accept”, you consent to the use of ALL the cookies.
Do not sell my personal information.
Cookie SettingsAccept
Manage consent

This website uses cookies to improve your experience while you navigate through the website. Out of these, the cookies that are categorized as necessary are stored on your browser as they are essential for the working of basic functionalities of the website. We also use third-party cookies that help us analyze and understand how you use this website. These cookies will be stored in your browser only with your consent. You also have the option to opt-out of these cookies. But opting out of some of these cookies may affect your browsing experience.
Necessary Always Enabled
Necessary cookies are absolutely essential for the website to function properly. These cookies ensure basic functionalities and security features of the website, anonymously.
Functional
Functional cookies help to perform certain functionalities like sharing the content of the website on social media platforms, collect feedbacks, and other third-party features.
Performance
Performance cookies are used to understand and analyze the key performance indexes of the website which helps in delivering a better user experience for the visitors.
Analytics
Analytical cookies are used to understand how visitors interact with the website. These cookies help provide information on metrics the number of visitors, bounce rate, traffic source, etc.
Advertisement
Advertisement cookies are used to provide visitors with relevant ads and marketing campaigns. These cookies track visitors across websites and collect information to provide customized ads.
Others
Other uncategorized cookies are those that are being analyzed and have not been classified into a category as yet.
SAVE & ACCEPT