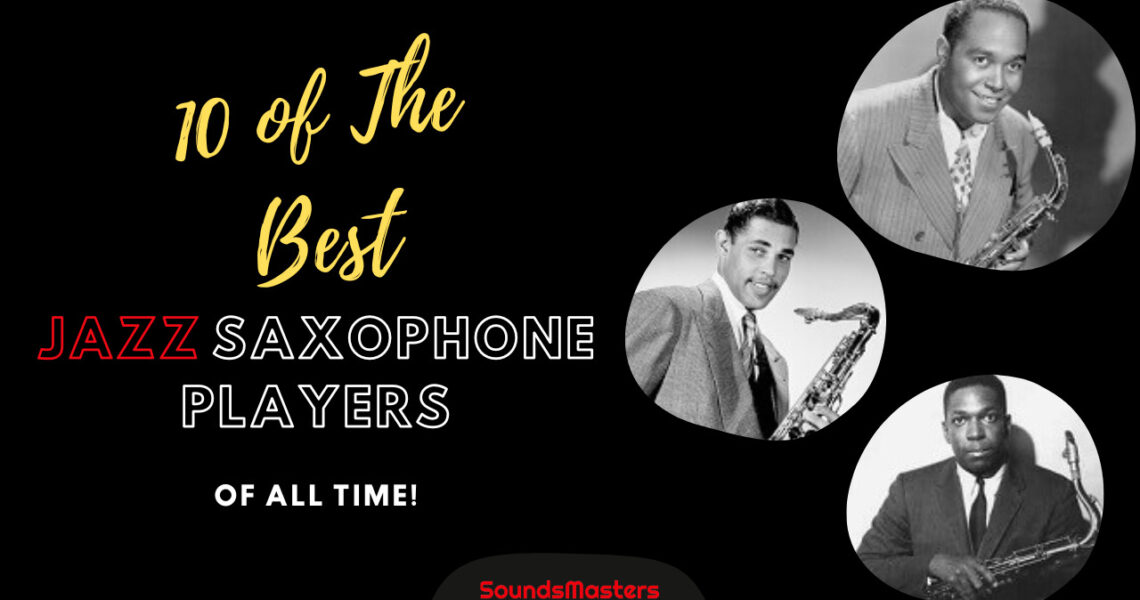 Jazz saxophone is a style of music that originated in the early 20th century. The first jazz saxophonist was Sidney Bechet, who pioneered the use of the instrument in jazz.

Other important early jazz saxophonists include Coleman Hawkins and Lester Young. Charlie Parker was one of the most influential jazz saxophonists, helping to pioneer the bebop style of jazz in the 1940s.

John Coltrane was another major figure in jazz saxophone, who helped to popularize avant-garde and free Jazz in the 1950s and 1960s.

Charlie Parker is one of the most influential figures in Jazz, and his playing style has had a profound impact on the genre.

His complex improvisations and virtuosic playing set him apart from other saxophonists of his time, and his solos are some of the most memorable in Jazz history.

He popularized the use of bebop scales and chord progressions, which have become standard in Jazz today.

Parker’s influence on Jazz has been felt for generations, and his legacy continues to inspire new generations of musicians.

John Coltrane was one of the most influential figures in Jazz.

Coltrane’s work, his unique style of playing, and his experimental approach were characterized by complex harmonies and extended improvisations.

He was the master of improvisation, and his solos were often based on complex chord progressions.

He also made use of “sheets of sound,” which were layers of sound that created a dense texture.

Many other saxophonists were influenced by Coltrane, and he is considered one of the greatest jazz musicians of all time.

His distinctive style helped to shape the sound of jazz music, and he remains an important influence on saxophonists today.

Sonny Rollins is a legendary jazz saxophonist who has had a huge impact on the music world.

Born in 1930, he was known for his incredible improvisational skills and his unique approach to motivic development.

Sadly, he has not been able to play since 2012 due to a lung illness, but his legacy continues to inspire new generations of musicians.

He has been mentioned as a great influence next to some of the greatest saxophonists of all time, including John Coltrane, Eric Dolphy, and David Sanborn.

His work is truly timeless and will continue to inspire musicians for generations to come.

Known for his distinctive ‘big sound’, Gordon was an important figure in the development of bebop and cool jazz.

Dexter Gordon was an important figure in the development of bebop and cool jazz. He is known for his distinctive ‘big sound’, which helped shape the sound of these genres.

Gordon began playing saxophone at the age of ten, and by the age of fifteen, he was already gigging professionally with such noted musicians as Lionel Hampton, Illinois Jacquet, Billy Eckstine, and Benny Carter. His first recordings were made with Eckstine’s band in 1944.

Gordon’s ‘big sound’ is well-known and often imitated. It is said that he developed this style through years of practice and experimentation, honing his skills until they reached their peak.

Gordon died on May 17th, 1992 at the age of 74 after a long battle with liver cancer. Despite his illness, he continued to play gigs up until just before his death.

Dexter Gordon is considered one of the greatest saxophonists in history and his influence can be heard in many modern jazz compositions.

A smooth and lyrical player, Getz helped popularize bossa nova with his recordings in the 1960s. Stan Getz is one of the most renowned jazz saxophonists of all time.

He was a smooth and lyrical player who helped popularize bossa nova with his recordings in the 1960s.

His sound was melodic and soulful, and he had an exceptional technique that allowed him to create beautiful tones.

Getz’s influence can be heard in countless other saxophonists’ recordings, and his music remains essential listening for any jazz fan. Thanks, Stan!

An early innovator on the saxophone, Young was a major influence on subsequent generations of players.

Lester Young was an important figure in the development of jazz saxophone playing.

He was a major influence on subsequent generations of players and his style is still widely respected today.

Ornette Coleman is best known for creating the concept of free jazz in the early 1960s, which revolutionized the genre and changed the course of music forever.

Coleman’s alto saxophone playing was deeply informed by the blues, and he had a unique ability to create a somber, emotive sound that captivated audiences and inspired other musicians.

A prolific composer as well as a talented performer, Shorter has made a huge contribution to jazz over his long career.

Wayne Shorter is another influential player who has created numerous original compositions and performed at the highest levels of jazz music.

Often referred to as ‘ The Hawk’, Hawkins was one of the first jazz saxophonists to gain widespread recognition.

Coleman Hawkins was one of the first saxophonists to be recognized as a great artist, with his sound being likened to that of a hawk.

A funk and soul icon, Parker is best known for his work with James Brown during the 1960s.

Maceo Parker is one of the most distinguished souls and funk musicians in history, with his performances often defining those genres.

We use cookies on our website to give you the most relevant experience by remembering your preferences and repeat visits. By clicking “Accept”, you consent to the use of ALL the cookies.
Do not sell my personal information.
Cookie SettingsAccept
Manage consent

This website uses cookies to improve your experience while you navigate through the website. Out of these, the cookies that are categorized as necessary are stored on your browser as they are essential for the working of basic functionalities of the website. We also use third-party cookies that help us analyze and understand how you use this website. These cookies will be stored in your browser only with your consent. You also have the option to opt-out of these cookies. But opting out of some of these cookies may affect your browsing experience.
Necessary Always Enabled
Necessary cookies are absolutely essential for the website to function properly. These cookies ensure basic functionalities and security features of the website, anonymously.
Functional
Functional cookies help to perform certain functionalities like sharing the content of the website on social media platforms, collect feedbacks, and other third-party features.
Performance
Performance cookies are used to understand and analyze the key performance indexes of the website which helps in delivering a better user experience for the visitors.
Analytics
Analytical cookies are used to understand how visitors interact with the website. These cookies help provide information on metrics the number of visitors, bounce rate, traffic source, etc.
Advertisement
Advertisement cookies are used to provide visitors with relevant ads and marketing campaigns. These cookies track visitors across websites and collect information to provide customized ads.
Others
Other uncategorized cookies are those that are being analyzed and have not been classified into a category as yet.
SAVE & ACCEPT